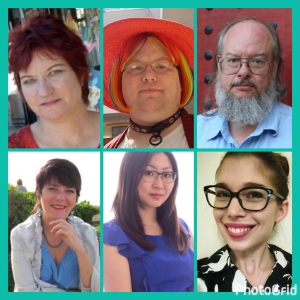 Welcome to the eleventh showcase of 2017 Rhysling Award-nominated poets. Their poetry can be found in full in the Anthology (which if you are a member, you will receive and if you are not, you may purchase a PDF or order the print anthology now), but we will link to the nominated poems here where possible.

Here are six more poets and their nominated poems: 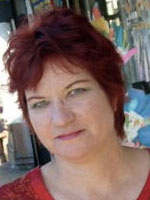 Throughout her prolific writing career Denise Dumars has written and published poetry, short stories, articles, and reviews in journals such as Terra Incognita, Cinefantastique, and Talebones. She is a columnist for Star*Line, the journal of the Science Fiction Poetry Association, and a peer reviewer for Coreopsis: A Journal of Myth and Theater. She has also published two collections of short stories; two non-fiction books, including The Dark Archetype (with Lori Nyx), and numerous chapbooks of poetry, the most recent of which is Letting in the Dark (Yellow Bat Press). Denise teaches a variety of English courses in Southern California colleges. http://denisedumars.com/ 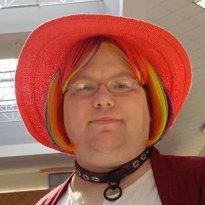 Alexandra Erin is a poet, humorist, author, and satirist. She is an author, a poet, a thinker, and a trans woman. She was born in Nebraska, she now makes her home in Maryland. Beginning late in 2014, she began a career as a speculative poet. Her works have been published in Star*Line, Stone Telling, and Devilfish Review among others. Her best known work can be found by typing “batman, superman, Aladdin” into an image search engine. www.alexandraerin.com/

Timons Esaias lives in Pittsburgh, in the Squirrel Hill neighborhood, with his wife who is a physician. He writes satire, speculative fiction, poetry, and the occasional essay. His work has appeared in over a dozen different countries, and fifteen languages. He has been a finalist for the British Science Fiction Award (1998) and the Rhysling Award (5 nominations, Third Place 1997), and he won the Asimov’s Readers’ Award for Poetry (2005). He is a member of the Pittsburgh Poetry Exchange; a Member Demeritus of the Worldwrights; and a certified Rogue in Lair #1 of the Rascals, Rogues & Rapscallions. He is Adjunct Faculty at Seton Hill University, primarily in the Masters Program for Writing Popular Fiction.http://timonsesaias.com/ 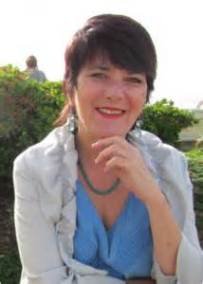 Terrie Leigh Relf has been on staff at a variety of independent presses, most recently, Alban Lake Publishing. In addition to being an active member of HWA, she is a lifetime member of the SFPA. To date, she has over 1,000 publishing credits that include non-fiction, fiction, and poetry. Her  genre work has appeared in a variety of print and online publications, including several anthologies and collaborative projects such as Confessions: A Nightmare in Five Acts, edited by Joshua Gage,  and On the Brink of Never: An Anthology of Apocalyptic Poetry, edited by David C. Kopaska-Merkel. https://tlrelf.wordpress.com/

Margaret Rhee is the author of the chapbook Yellow (Tinfish Press, 2011). With Ching-In Chen and Debbie Yee, she co-edited Here is A Pen: An Anthology of West Coast Kundiman Poets (Achiote Press, 2010) and with Oliver Bendorf and other queer poets, she co-edited Glitter Tongue: Queer and Trans Love Poems (2012). She served as managing editor of Mixed Blood, a literary journal of innovative poetics and race at the University of California, Berkeley. She has received fellowships from the Squaw Valley Poetry Workshop and Kundiman. In 2012, she was featured in Hyphen Magazine’s The Descendants, a profile of the next generation of Asian American poets and writers. https://www.pw.org/content/margaret_rhee

Hester J. Rook is an itinerant Australian with an unhealthy obsession with myth, dead languages, and the circus. She spends a lot of time writing speculative fiction and upside down on a trapeze – not usually at the same time. She is one of the editors behind Twisted Moon, and she has work in Strange Horizons, Apex Magazine, Liminality Magazine, Through the Gate and elsewhere. @kitemonster  https://hesterjrook.wordpress.com/