Welcome to this, the 14th in our 2017 Rhysling Poets’ Showcase series.

Today it is my privilege to introduce six more fantastic poets whose Rhysling-nominated poems you can read in this year’s Rhysling Anthology. If you are a member of the SFPA, you will receive a print copy of that anthology, if you haven’t already.

If you aren’t a member, you may purchase a PDF or order the print anthology here. As noted before, we will link to the nominated poems here when possible. (Some poems appear only in print but we are working on getting around that).

Jeremy Paden is the author of two chapbooks of poems, Broken Tulips (Accents Press, 2013) and ruina montium(Broadstone Books, 2016). His poems and translations have appeared in Asymptote, Adirondack Review, Beloit Poetry Journal, California Quarterly, Cortland Review, Drunken Boat, Hampden-Sydney Poetry Review, and Rattle, among other journals and anthologies. He is a member of the Affrilachian Poets, an Associate Professor of Spanish and Latin American Literature at Transylvania University, and teaches literary translation in Spalding’s low-residency MFA. 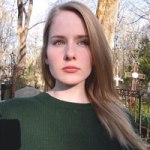 Triin Paja is an Estonian living in a small village in rural Estonia. She writes in various fields, cities, dreams, and countries, sometimes in English, sometimes in Estonian. Her poetry has appeared in BOAAT, Tinderbox, Gloom Cupboard, Otis Nebula, and elsewhere.

A cat-loving cataloging librarian, Adele Gardner (www.gardnercastle.com) is an active member of SFWA and a lifetime member of SFPA with a poetry collection (Dreaming of Days in Astophel) as well as 230 poems and 43 stories published in venues such as Daily Science Fiction, Legends of the Pendragon, The Doom of Camelot, Strange Horizons, Podcastle, and more.  Two stories and a poem earned honorable mention in The Year’s Best Fantasy and Horror.  Adele lives and writes under her middle name to honor her father, mentor, and namesake, Delbert R. Gardner, for whom she serves as literary executor.

Charlotte Geater is a PhD student at the University of Kent. She has previously been published in The Best British Poetry 2013 and Poems In Which, and she sometimes writes for Women Write About Comics. She lives in Canterbury, but you can find her @tambourine.

Alan Ira Gordon has been writing genre and mainstream poetry and fiction for many years. His speculative poetry has been published in The Magazine Of Fantasy & Science Fiction, Analog, Star*Line, Beyond Centauri, FrostFire Worlds, and The Martian Wave. His fiction has been included in Starshore Magazine, Worcester Magazine and various small press anthologies including several of the Whortleberry Press anthologies. His stories are also collected in the anthology Journey Into Dandelion Wine Country. You can visit alaniragordon.com
Tune in TOMORROW for the next instalment of… The Rhysling Poets’ Showcase!!!