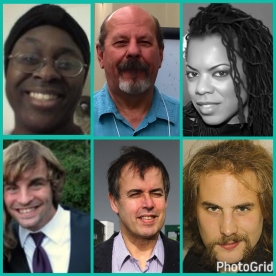 Hi, folks! Welcome back to the eighteenth showcase of 2017 Rhysling Award-nominated poets. Their poetry can be found in full in the Anthology (which if you are a member, you will receive, and if you are not, you may purchase a copy now), and linked below where possible.

Here are six more poets and nominated poems for you to read and then possibly vote for:

Tonya Liburd has work in the Canadian anthology Postscripts to Darkness 6, The Malahat Review, Mosaics: Independent Women Anthology, and Expanded Horizons among others. She is hard at work finishing her novel and is also the Associate Editor of Abyss & Apex Magazine. You can find her blogging at http://www.Spiderlilly.com or on Twitter at @somesillywowzer.

Airea D. Matthews is the author of the forthcoming poetry collection simulacra (Yale University Press, 2017), selected by Carl Phillips as the winner of the 2016 Yale Series of Younger Poets. Matthews received an MFA from the Helen Zell Writers’ Program at the University of Michigan, where she is currently the assistant director; she also serves as executive editor of The Offing. A Cave Canem Fellow and a Kresge Literary Arts Fellow, Matthews lives in Detroit. http://www.aireadee.com/ 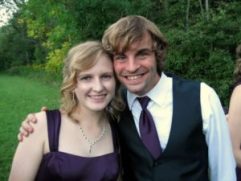 Daniel R. Jones is a writer from Indianapolis, IN, and is currently an MFA candidate at Lindenwood University. He’s had work published or has work forthcoming in Parody Poetry, Aphelion, Eye to the Telescope, the South Bend Tribune, In the Bend, Spill Words Press, Time of Singing, and he won an award for best poem in the 2013 edition of Bethel College’s Crossings. He also served as an editorial assistant for the most recent edition of the Lindenwood Review.

Tim Jones is a fiction writer, poet, and editor. He is the author of two collections of short fiction, three collections of poetry, and one novel. He was co-editor of Voyagers: Science Fiction Poetry from New Zealand (2009) with Mark Pirie. Voyagers won ‘Best Collected Work’ in the 2010 Sir Julius Vogel Awards, and in the same year, Tim Jones won the NZSA Janet Frame Memorial Award for Literature. The Stars Like Sand: Australian Speculative Poetry was published in 2014 and is co-edited by Jones and P.S. Cottier. Tim Jones is available to visit schools as part of the Writers in Schools programme. http://timjonesbooks.blogspot.com/

Johan Jönsson, b. 1986,  is a Swedish short story writer, poet and
encyclopedist. He is based in Malmö in southernmost Sweden. Few of his texts are available in English. http://johanjonsson.net/